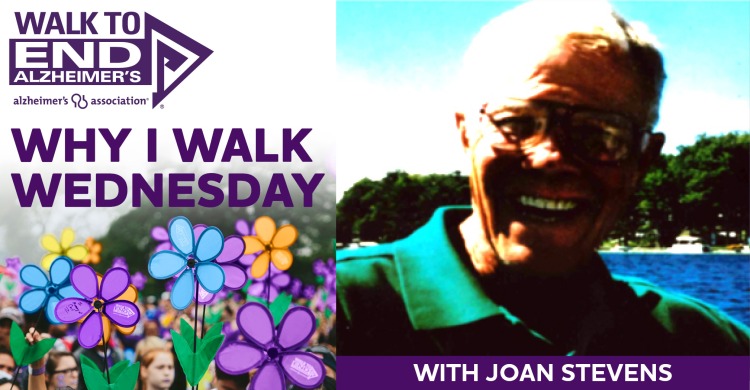 My husband Tom was a manager of Reynolds Metal in Phoenix Arizona. He had an easy nature, loved to play golf and after he retired would often play 18 holes in the morning and then again in the afternoon.

Our lives changed the day he went out to play golf and wasn’t able to find his way back home. He was diagnosed with Alzheimer’s disease. That’s the last time he played. At the time I relied on a day center of folks with Alzheimer’s. It met from ten to two and gave me some much needed time. Tom then moved into a wonderful Alzheimer’s facility that had just been built. At that point, he had lost his ability to talk. I saw him three times a week and often we would just hold hands and spend time together. I will never forget the day he came up to me after I had arrived, looked into my eyes, put his hands on my cheeks and kissed my face all over. For that moment everything was as it was before the disease took the Tom I knew away.

I am grateful for all the support I received by those who knew about this disease. I remember my greatest insight was that when you look at someone with Alzheimer’s to never forget that there is something, someone there. I will walk in Tom’s memory.

Join me and Walk to End Alzheimer’s!