Public Health Impact of Deaths from Alzheimer’s Disease
As the population of the United States ages, Alzheimer’s is becoming a more common cause of death. Although deaths from other major causes have decreased significantly, official records indicate that deaths from Alzheimer’s disease have increased significantly. Between 2000 and 2013, deaths attributed to Alzheimer’s disease increased 71 percent, while those attributed to the number one cause of death (heart disease) decreased 14 percent (Figure 5). The increase in the number and proportion of death certificates listing Alzheimer’s as the underlying cause of death reflects both changes in patterns of reporting deaths on death certificates over time as well as an increase in the actual number of deaths attributable to Alzheimer’s. 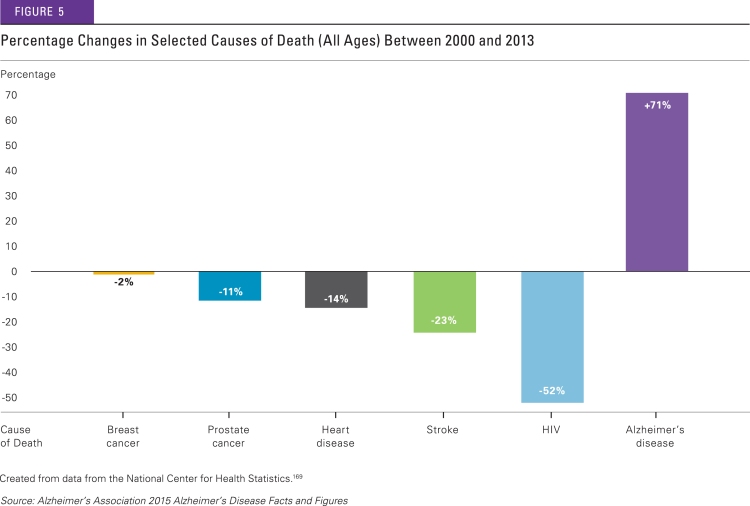 This blog post was assembled from the 2015 Alzheimer’s Disease Facts and Figures – Mortality and Morbidity –  all footnotes have been omitted, but the report in it’s entirety is available here.