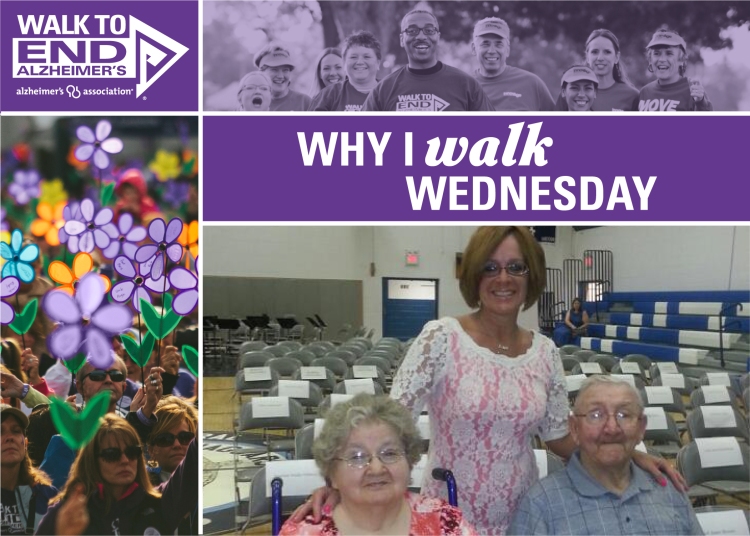 I walk because of my momma and daddy.  My daddy had very early stages of dementia, but did not die from it. Instead, his heart and lungs gave out after heart surgery, and he passed September  15, 2013.  Momma had stage 5 Alzheimer’s and passed August 10, 2014, on her and daddy’s 54th wedding anniversary.

It was the highest of honors that can’t be put into words having them here living in Virginia with me and caring for them.  I brought them to Virginia in August of 2013. Twelve days later, daddy had two heart attacks and was never able to come off a ventilator. Momma was here with me until December 2014, when an unfortunate medication reaction put her into the hospital. She was there two weeks, then had to go to physical therapy at Golden Living where I decided to keep her long care – she was safer there due to wandering. I went there every single day to still help continue to care for her. As months went on, her progress went down, she lost weight, and she was unable to speak, eat or know us anymore.  She aspirated and developed pneumonia and hospice started, three days later she passed….They are why I Walk and do all I can to help fund research for a cure.