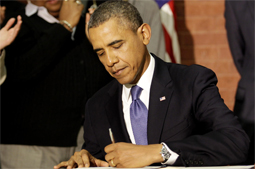 “According to leading experts, we must dramatically increase research funding to accomplish the primary goal of the National Alzheimer’s Plan to prevent and effectively treat Alzheimer’s by 2025. The Alzheimer’s Accountability Act will ensure that Congress hears directly from scientists what they will need to successfully achieve the federal government’s goal,” said Johns. “We now eagerly look forward to the President’s fiscal year 2016 budget with the tools in place to implement urgently needed, significant increases in Alzheimer’s funding to finally stop the human and economic devastation it causes.”